With 230 high the TV Tower of Brasilia is the highest and outstanding element of the urban landscape. It is a metallic structure, with a gazebo at half height (75 meters) on an apparent concrete base, in the form of a triangle base prism. 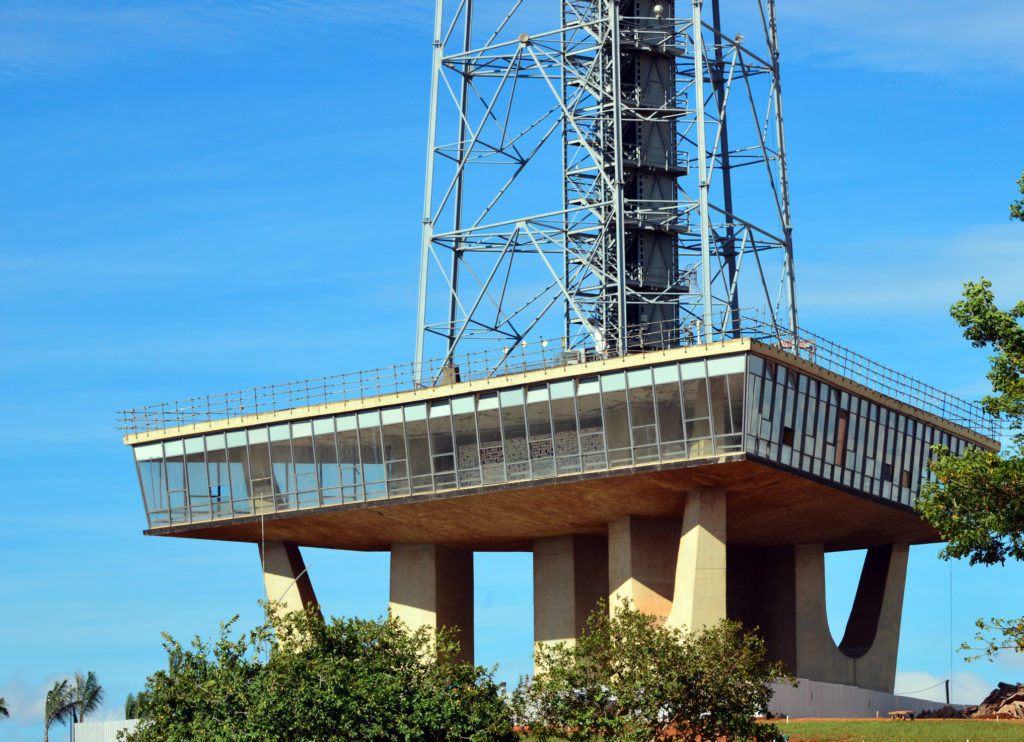 The tower was design by professor and urbanism architect Lúcio Costa and inspired by the Eiffel Tower in Paris, designed to receive Radio and TV antennas.  Inaugurate in 1967 is since then one of the most visited tourist spots in the city. From the viewpoint it is possible to have a 360º view of the city and to understand the greatness of the urban design of the city created by Costa.