The Cultural Center of the Brazilian Bank in Brasília is located in the South Club Sector Strecht 2 (near the JK Bridge), in the Tancredo Neves Building, Oscar Niemeyer project, inaugurated in 1993 as the headquarters of the Training Center of Bank of Brazil.

At the end of the 1990s, part of the building was renovated to house the facilities of CCBB Brasília, with the purpose of inserting the capital of the Country in the international route of the great events and cultural productions. With a landscape design signed by Alba Rabelo Cunha, the harmonious two-story architectural set is perched on pilots’ and is divided into modules, the CCBB being part of the main building. 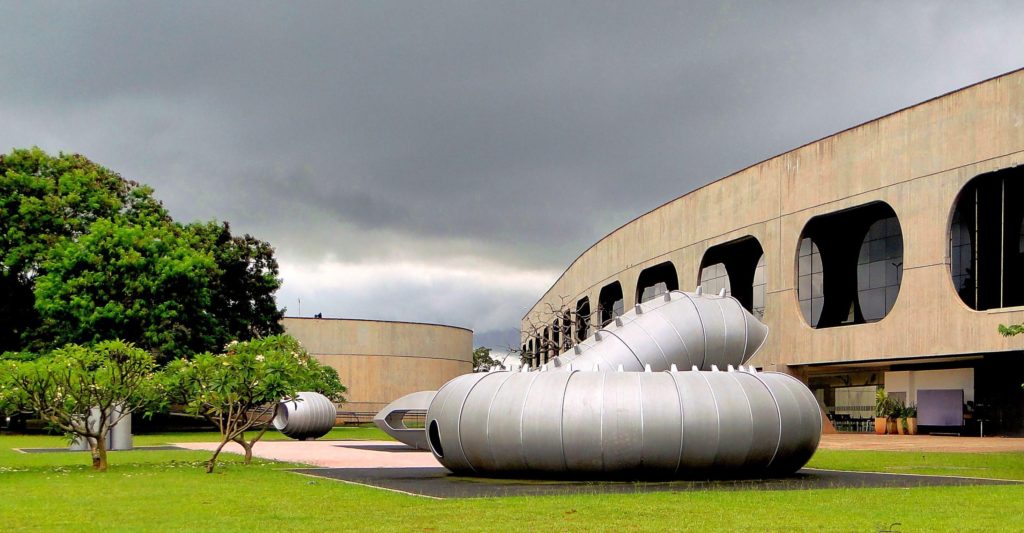 Inaugurated on October 12, 2000, CCBB Brasília is the third most visited institution in Brazil and 38th in the world, according to the ranking of the English publication The Art Newspaper (April 2014)

Open Tuesdays through Sundays from 9 am to 9 pm has a rich cultural program of exhibitions, plays, film and photography shows.